During our long history there have been a number of people who seem to embody our spirit. Their actions and values have made an indelible mark on the shaping of St. Ann’s. Their stories help to illuminate our history.
​​The founder of St. Ann’s was an intelligent and visionary young man. The Reverend Mr. Charles Douglas (1833-1915) was the rector of St. John’s  Oakdale at that time, and believed that public education was lacking in scope and depth. He dreamed of opening his own educational institution and subsequently conducted a school called St. John’s Academy nearby in Sayville. Later, in 1866 he moved his school to the newly built St. Barnabas Chapel. It was then called the “Daily Parish School” and operated until the spring of 1871. He fell in love with the pretty Miss Isabella Lawson who taught at the school, was the church organist and Sunday  school teacher. After a  long developing secret relationship, Miss Lawson left her position at St. Barnabas and shortly thereafter so did Rev. Douglas. He left his brand new chapel and school for the love of Miss Lawson. They married and are buried side-by-side in St. Ann’s Cemetery. 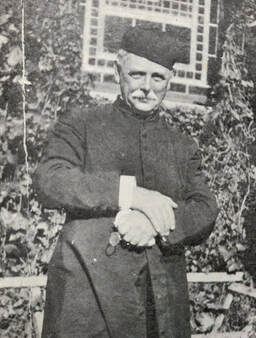 The Reverend John Henry Prescott (1848-1923)
​
​In 1873, The Reverend John Henry Prescott (1848-1923) was called to missionary work in Suffolk County. He was put in charge of St. Barnabas  mission in Sayville, as well as St. Paul’s Patchogue. He lost little time in converting St. Barnabas from a mission into a parish. Becoming the first rector, he worked closely with the local families to build a strong and vital church. Mr. Prescott was the longest serving rector of St. Ann’s, being in charge from 1874-1921, a record 47 years! He was much beloved by his congregants and built St. Ann’s into the beautiful place it is today. 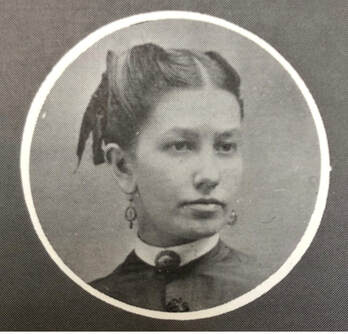 Sarah Elizabeth “Libby” Homan Snedecor ((1848-1897)
​Sarah Elizabeth “Libby” Homan Snedecor ((1848-1897) lived in  home on Middle Road that served as the boarding house for many students from the day school as well as for teacher, Isabella Lawson. She was a very active  parishioner of St. Ann’s and kept a daily journal. It covered the years 1867-1868 and continued intermittently until the fall of 1878. This diary has been the main source of information for the early history of St. Anns.  It is a priceless record of the early history of St. Ann’s  because so much of it pertains to the early life of St. Barnabas Chapel, the day school and St. Ann’s Church.
​Famous architect Isaac H. Green Junior (1859-1937) designed our beautiful stone church here at St. Ann’s. The Green family was a regular part of the  early congregation and Isaac attended the Daily Parish School run by Reverend Mr. Douglas. He apprenticed with renowned Riverhead architect George Skidmore. By 1879 Isaac was working in his father’s lumberyard and designing buildings for its clients, his father on his large estate, and for the Reverend Prescott, rector of St. Ann’s Episcopal Church.

America’s wealthiest businessmen established Green’s career on a wave of building on Long Island’s south shore in the late 19th century. The first estates Vanderbilt's "Idle Hour," Bayard Cutting’s "Westbrook" and Frederick Bourne's "Indian Neck Hall" were designed initially by prominent New York City architects. However, continued expansion of these estates and the influx of friends and associates of the rich and powerful families soon provided Isaac Green with the opportunity to demonstrate his skill to these newcomers. Green, living in nearby Sayville  was selected to design the farm sections, dependencies, and on several occasions, major houses for other members of the New York's elite. His work can be seen all over the northeast.
​
Isaac became an integral part of his native Sayville. He became a charter member of the Sayville Hose Company, took part in church work at St. Ann's, eventually becoming a vestryman and later warden. He joined the Sayville Village Improvement Society along with William K. Vanderbilt and Frederick Bourne, became president of the Oysterman's Bank, Treasurer of the Electric Company and school board trustee. With the support of the Suffolk County News, the architect's name became well known in the area. 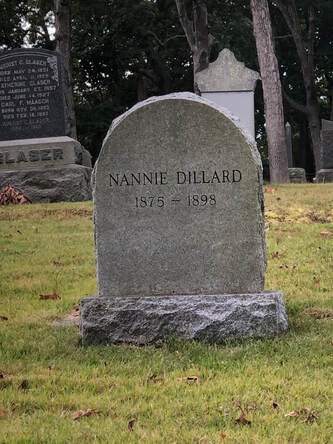 Nannie Dillard's head stone in St. Ann's Cemetery
​Our cemetery is not only a resting place for the rich and famous... Nannie Dillard (1875-1898) is a good example. In 1898 there were many local hotels that catered to the thousands of summer visitors who rode the new railroad out from New York City. The Delevan Hotel was located on Foster Avenue, just to the west of St. Ann’s. One of the maids who worked there was a 23-year-old African-American woman. Nannie was a sweet soul, a widow with a small child back home in the south. A gentle and hard-working woman,  she was alone in the north without relatives or friends. During the summer of 1898, she suffered for weeks with pleurisy, pneumonia and heart failure. She died on August 29.
​
The Reverend Mr. Prescott, the first rector of St. Ann’s after the departure of The Reverend Mr. Douglas, opened the church for her funeral. He preached to a crowd of faces both black and white. The guests of the Delevan collected a purse to pay for the expenses of her illness and funeral. Flowers covered her coffin, her favorite hymns were sung and she was buried in St. Ann’s Cemetery. In February of 2011, her unmarked grave was finally dedicated with a stone procured by our own historical society, led by Ms. Constance Curry. 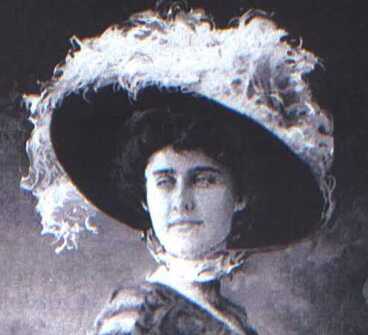 At 36 years old, Miss Evans traveled to Europe for a family funeral and then a little shopping spree in Paris. She bought a first class ticket on a new ocean liner to come home in April. Unfortunately, she boarded the Titanic.
​
On board, Edith joined a small group of women traveling alone and spent some time with them on the voyage, enjoying their company. One of those women was Mrs. John Murray Brown, better known as Molly. In the early  hours of April 12, as the ship was sinking, Molly Brown and Edith Evans were escorted to Lifeboat D. They were told there was only one seat left. Edith turned to Mrs. Brown and told her “You go first, you have children waiting at home.” Brown took her place in the boat and survived the tragedy. Edith went down with the ship. Her body was never recovered. A beautiful plaque on the east wall of the church commemorates Edith Corse Evans and her selflessness. 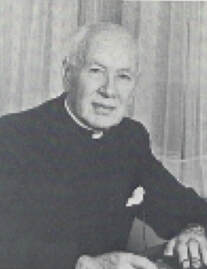 Reverend Joseph Herbert Bond (1889-1984)
​The much beloved Reverend Joseph Herbert Bond (1889-1984) was Rector of St. Ann’s from 1922 until 1960. He then continued  on as Rector Emeritus for an additional 24 years. Reverend Bond is best remembered for his work with young people. In July of 1924, The Church Charity Foundation opened the “Cottages” on the land across the street from St. Ann’s. Reverend Bond spent countless hours working with and ministering to the orphaned children and staff of the Cottages. He and his family were very much a part of all aspects of the children’s care. Soon after arriving at St. Ann’s Father Bond arranged a charter with the Boy Scouts to establish the first scout troop in the area. He later did the same for the local girls by establishing one of the first Girl Scout troops, serving as scoutmaster until a woman could be found to take over. He engaged the youth in many other church related projects and services as well. 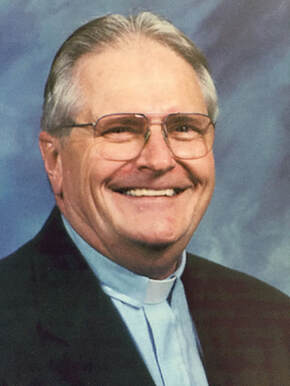 Reverend Robert Schwarz
​Our seventh rector was Reverend Robert Schwarz, who retired in 2004. He is well remembered for introducing several new programs to the  congregation. Marriage Encounter and the Cursillo movement touched many people in the congregation on an individual basis. Several couples went on to leadership positions, which trained and uplifted Christians throughout the Diocese. The Faith Alive program led to folk masses that became a monthly service that was carried on long after his retirement. Daughters of the King became active in the congregation and continue to his day. Under his guidance an after school program for latchkey children called Homework Haven was offered and many young people attended this outreach program. He instituted healing services and involving members of the congregation in baptismal counseling and other educational opportunities, such as parenting classes.
​
During his 18-year tenure, Father Bob was a leader in the community. Through his involvement in Rotary, and as Chaplain for Sayville Fire Department, he made a lasting impression. He was one of the first Chaplains on site after the towers fell on 9/11. He was also much revered for his compassion for the youth of the Sayville area. 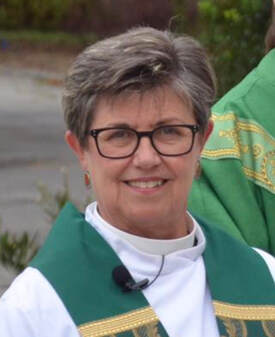 Reverend Diane Britt
​The Reverend Diane Britt was our most recent Rector at St. Ann’s. She served faithfully for 8 years prior to her retirement. During her tenure with us, she helped increase youth group involvement.  She was responsible for much of our buildings and grounds enhancement and helped us improve our financial stability. Another legacy she leaves is her guidance for new clergy coming out of seminary. She has shepherded quite a few fine folks to their own placements elsewhere in the diocese. 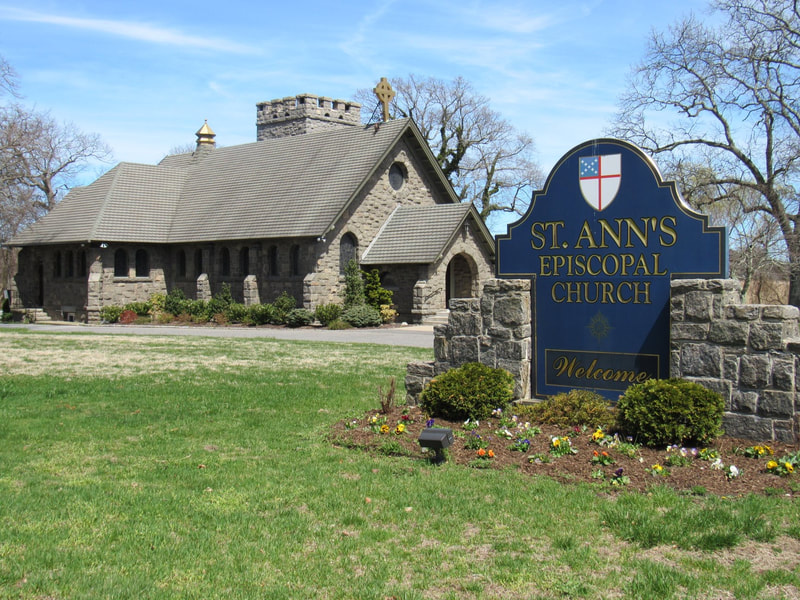 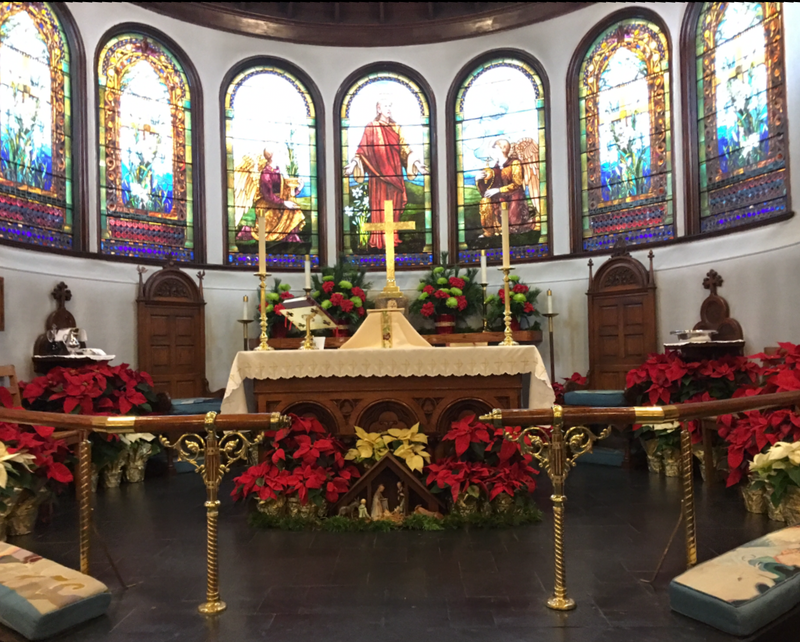 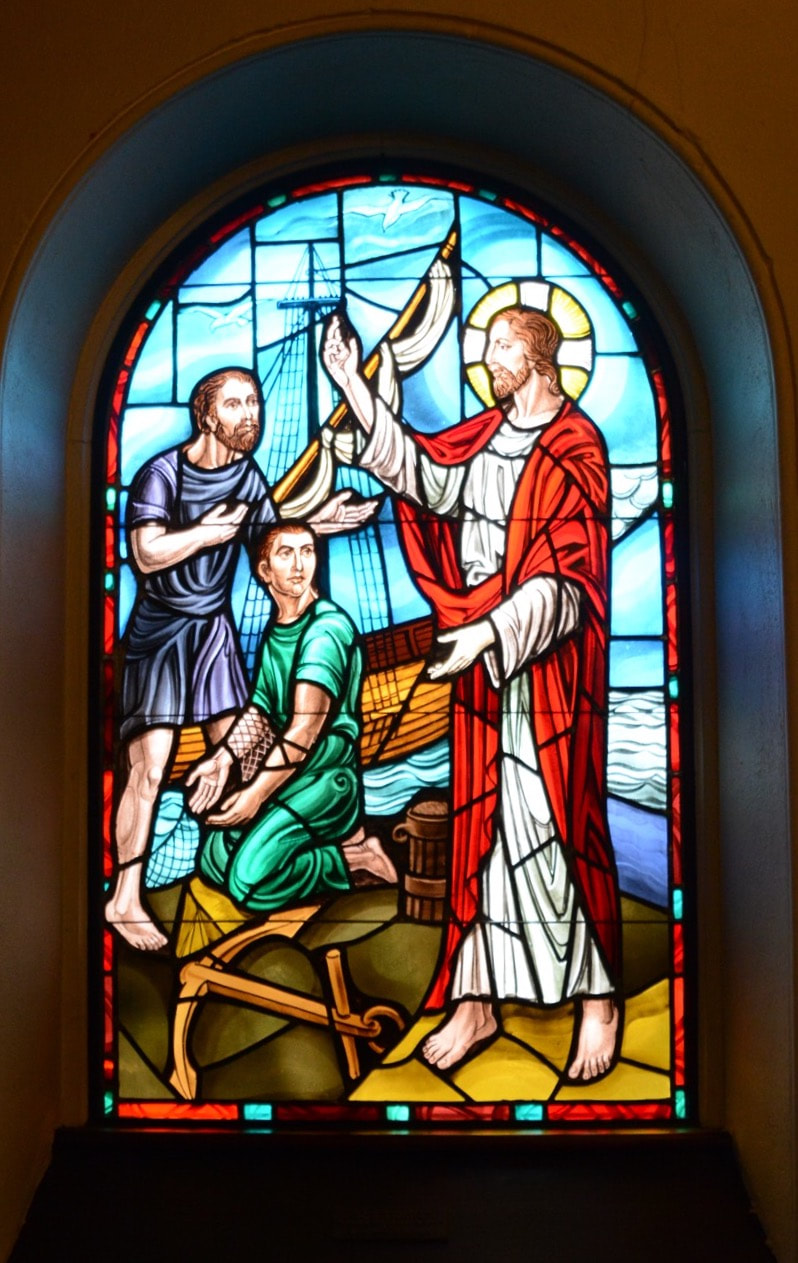 History of Saint Ann's Cemetery
The Garden of the Unforgotten 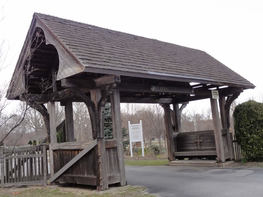 St. Ann's Cemetery was organized at the suggestion of John Suydam. At that time, a portion of the church property was set aside for the burial of the dead. The Suydams and other original communicants reserved plots along the main road through the cemetery. The year 1877 is marked on the posts of the Suydam plot.

The Smiths, who lived on North Main Street, owned several large parcels of land in Sayville at the time St. Ann's was organized. They owned the land from their home to the western border of what is now St. Ann's Cemetery. Foster Avenue was later extended through their property. Two burials - L. Smith, 3/5/1852, and M. Smith, 3/5/1868 - are probably theirs. The 1852 burial is the only pre-Civil War interment.

In September, 1895, the grounds between St. Ann's Cemetery and the older Union Cemetery were purchased by the Vestry, and the two cemeteries virtually became one. It was the Reverend John H. Prescott's plan to create a lake as part of the creek area.

The creek area of the cemetery grounds and the church land that borders Brown's River are now a Suffolk County Nature Preserve and Watershed. The county park, Meadowcroft, previously the John Ellis Roosevelt estate, forms the eastern border of Brown's River. This assures the integrity of the wetlands in this particular area.

By January, 1932, the Vestry of St. Ann's had awarded contracts to open up all the roads from the Suydam Memorial Gateway, to the exit road on the east side of the cemetery. The road at the entrance was to have a bead of oystershells overlaid with cinders, and the trees south of the south avenue were to be thinned out sufficiently to make lots salable in that section.

St. Ann's Cemetery is the final resting place of many denominations. Episcopalians account for a good percentage of the burials, particularly the earliest. There are wealthy and poor alike. A Civil War general, a United States diplomat, and a noted East Coast architect lie next to physicians, lawyers, musicians, sea folk, clergy, and just plain people.

St. Ann's Garden of the Unforgotten, is a non-denominational cemetery and only human remains will be interred. To purchase a plot, or arrange for a burial, please contact St. Ann's Cemetery Manager - Janet Croce 631 563-8203 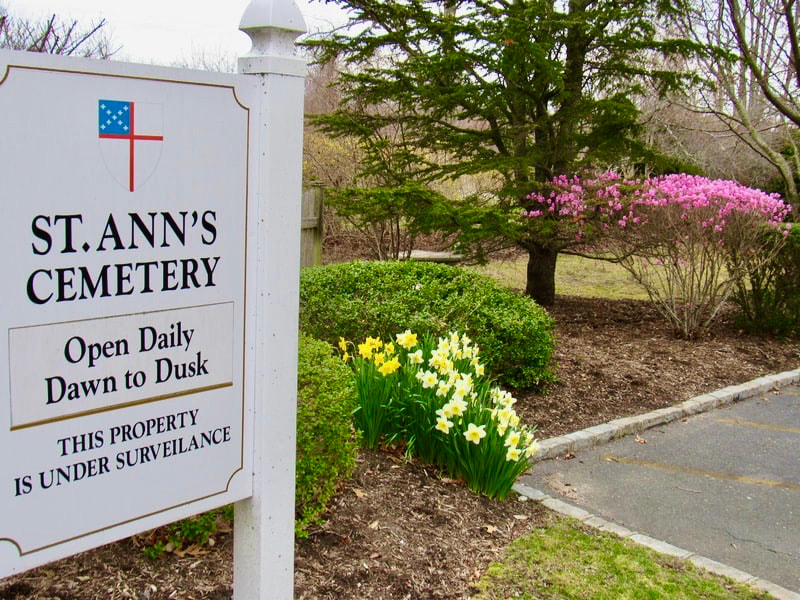 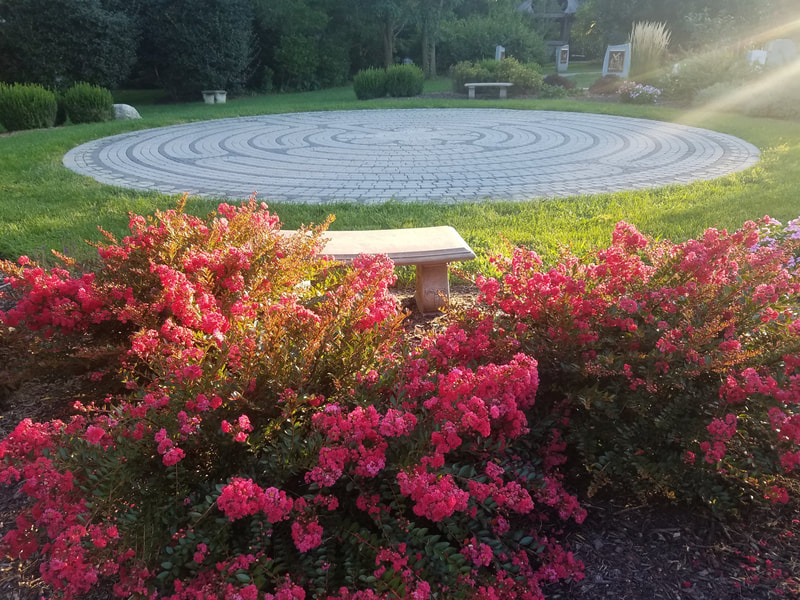 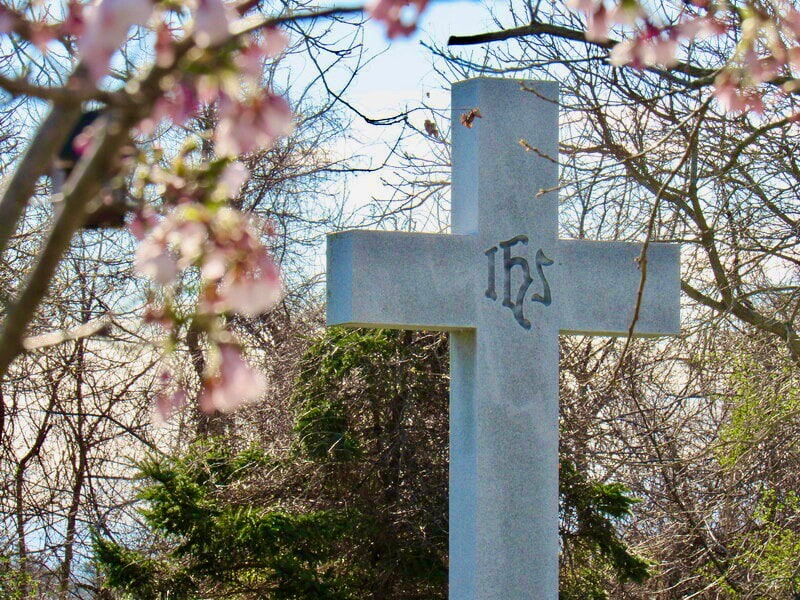